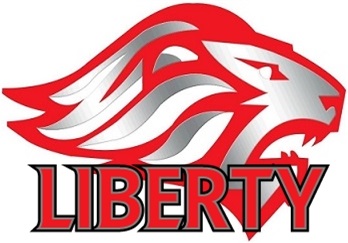 2019 Season Preview
Head Coach: Mike Eddy (14th Season / 152-113)
Returning Wins Leader From 2018
Romeo Willis (21-14)
Returning Career Wins Leader in 2019
Romeo Willis (27 wins)
Fun Fact
Former Liberty standouts Mike and Matt Russo, the program's two winningest wrestlers, are currently wrestling for Division 1 power Cornell University.
Where They Open
12/15: @ Nottingham Invitational
Circle The Date
1/19: vs. Jackson Memorial  -  Liberty is still looking for their first ever win against the crosstown rival Jags. They give it another go at home on the 19th.
The Lions lost five starters to graduation, but with the youngsters they had in the lineup last year aiming towards big things, and some new additions to the lineup to go with some frosh looking to make an impact in the lineup, they look to field a solid, balanced lineup in 2019.
Down low, juniors Romeo Willis and Dorian Hall enter their 3rd season in the varsity lineup. Both showed huge improvement from their freshman to sophomore seasons and are looking to take an even bigger step this year. Sophomore Dylan Feehan will look to follow the path of Willis and Hall after starting as a freshman last year. Those three returning starters will be surrounded by newcomers Mike Wishengrad, a transfer from Jackson Memorial, as well as sophomore Patrick Borkowski, and freshmen Matt Castro, Sergio Costa, and Ty Hall, among others.
Three starters return in the middle of the lineup, with senior Peter Colon, junior Ian Boyce, and sophomore Jon Recio back. Keep an eye on Recio, who is coming off a 15-win rookie campaign and should benefit greatly with the year experience to his credit. Underclassmen expected to see time in the lineup include sophomores Steven Schmitez, who saw action last season, and Devin Mark, as well as freshman Mike Villante.
The upperweights have the potential to be a strength for Liberty, as there is a lot of experience in the mix here. Junior Jaden Lowe, who wrestled at St John Vianney last season, is a returning District placer and is a huge addition to the top portion of the lineup, where the numbers are a little thin. Returning starters Anthony Copasso, Jordan Gomes, and Massimo Bottino have all put the work in and are looking to have big seasons.
Overall, this is a pretty young team with just a few seniors. Still, there is a nice mix of experience and promising newcomers here that gives Liberty the look of a nice, balanced lineup. There was a lot of youth in the lineup last year, and with their improvement, the Lions have the ability to top their win total from a season ago.
Possible Lineup in 2019

Any suggestions, questions, or feedback?